That’s how long our little guy has been with us here at home, and I would say we’ve adjusted pretty well so far! We’re all getting a reasonable amount of sleep, he’s eating his share (if not more than his share), no major (or, for that matter, few minor) disasters to speak of.

Tuesday he had his first visit with Dr. Green, and showed off his eating skills with another milestone weight report – we’re now in possession of a six-pounder. Dr. Green did more anxiety alleviation with Mom and reassured her that formula was going to work just fine for him and not even think twice about it. So we won’t! Dr. Green did a full checkout on the little guy, and so we get Clean Bill of Health #1…

Thursday it was off to Omaha for two doctor appointments. Grandma O joined us on our journey, which made it possible for us to finally get Lynn’s Saturn out of the Methodist Hospital parking lot and back to West Point where it belonged.

Stop number one: Dr. Arkfeld, his ZZ-Top-bearded eye doctor. An extremely nice, extremely good doctor whose appearance makes you do a double take – dressed to the T, long starting-to-gray beard & hair. Toby had to get a couple rounds of dialating drops (which he absolutely hates). Followed by having his eyes held open with small, well, eye openers (think the contraption used in the brainwashing scene in “Clockwork Orange”:https://imdb.com/title/tt0066921/ for those of you who’ve seen it). Followed by some bright lights shined into his eyes to check his retinal blood vessel growth. Needless to say, he enjoyed this not one bit, but it was over quickly (like I said, very good doctor) and he settled down immediately afterwards. Everything seems to be developing appropriately at this point, with another checkup due in four weeks. So, we receive Clean Bill of Health #2…

Stop number two: Dr. Quilnan for a followup on the outer ear infection Toby had when he came home with us. Five days of drops that he didn’t even really notice except for us having to turn his head to the side apparently took care of it, as a cursory inspection revealed. No followup was deemed necessary, so, Clean Bill of Health #3 is ours…

And that wraps up his doctor appointments for the time being. He’s due for a ‘Well Baby Checkup’ from Dr. Green in a couple weeks, the aforementioned eye checkup from Dr. Arkfeld, and a followup on his previously broken leg in a month. But so far, we have a perfectly healthy little babe!

So, what else has he (and consequently, us) been up to?

First off, he’s decided it isn’t too bad to sleep on a flat surface, so he’s spent a bit of time in his crib, a bit more of his time in his playpen (which has a nice flat raised sleeping area), and very little time in his bouncer (aka the only place he’d sleep early on). He’d probably be just fine in his crib whenever he sleeps, but we like having him in the playpen bed since it’s in our living room and thus closer to us than the crib. What can I say – I like him where I can check on him with just a glance!

He’s gotten a bath or two, and finally, we have a naked baby picture: 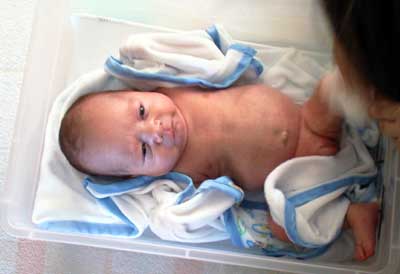 He’s had a visitor or two (or 5) over the last week or so. Of course, the grandparents stop in now and then to ‘check on us’ (yeah, right, we know you’re there to play with the grandson, no use in lying!). Our good friend Mary stopped in Saturday night (of course, I forgot to snap a pic or two), and spent most of the afternoon/evening with us. She even watched over the little guy for an hour or two so that we could go out and have a nice dinner (it already feels odd to be away from him).

Outside of those few events, he’s mostly been sleeping, eating, or getting a little exercise with his “Boppy”:https://www.boppy.com/ and hanging out with his friendly neighborhood turtle: 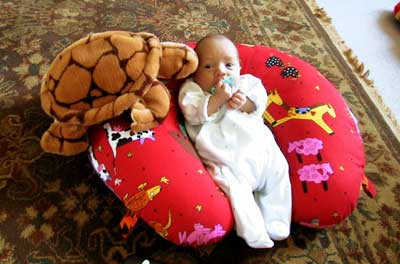 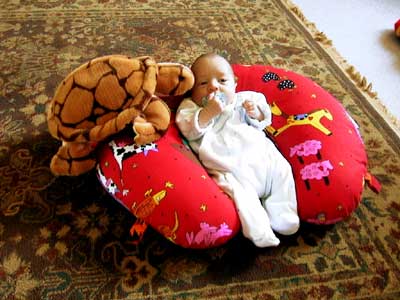 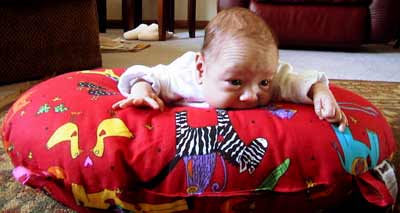 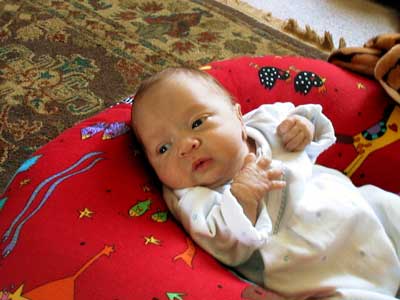 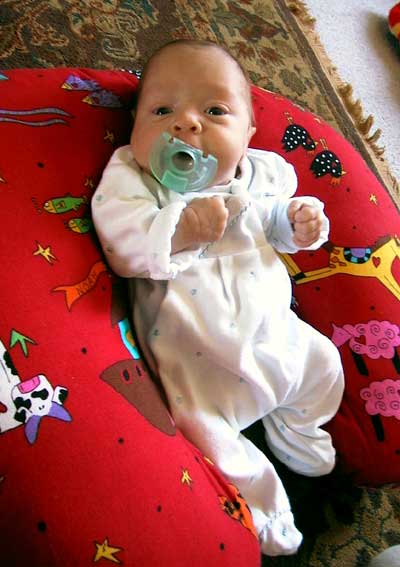 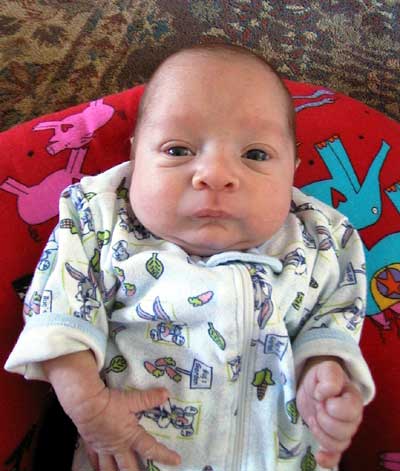 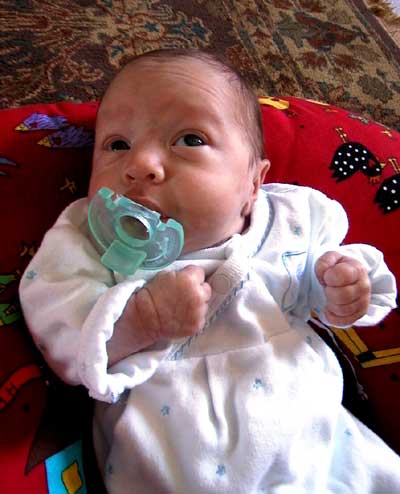 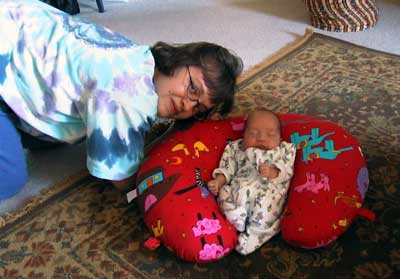 one hundred k and change?

‘So, what’s with the title of this post?’ you’re asking youself. Earlier this week, we received a nice little itemized 21 page(!) bill of his first 44 days: 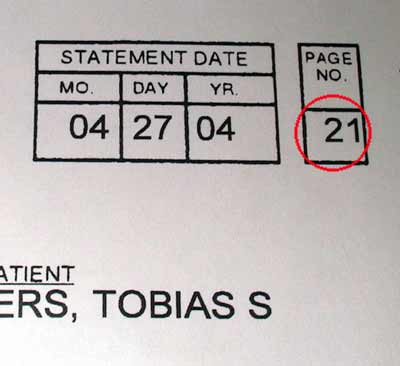 And the grand total?

And worth every penny!

Now the test of our insurance begins…